When I was a teenager, I used to have a pretty long walk to school. To entertain myself (this was pre iPhone days) I used to imagine winning the lottery and then plan in great detail what I’d do with the money. Fast-forward almost 20 years later and these thoughts still occupy my mind from time to time.

Growing up in South Africa, I didn’t have the luxury of taking a gap year after school to go travelling but it didn’t stop me dreaming of far flung and exotic destinations. Now that I live in London, travelling is much easier and affordable and I’m lucky to have travelled far and wide to some amazing places, such as Miami, Mexico, India, Thailand, Rio, Argentina, Barbados, Japan and New York. But there are still so many places on my list to see!

So if money were no object (or time), where would I go?

I don’t know why, but Tibet has always called to me. Perhaps it’s the mysticism or the fact that it’s referred to as the ‘roof of the world’ , but it’s always been on my ‘must see’ list.

Potala Palace in Lhasa is a World Heritage Site and was home to the Dalai Lamas until the Tibetian uprising in 1959 when the 14th Dalai Lama fled to India. It’s now a museum and I really want to visit it!

Staying in Asia, another on my ‘must see’ list is the Great Wall of China. Also a World Heritage Site, the wall was built to protect the Chinese against attacks and raids and one archaeological survey has found that the entire wall with all of its branches measures out to be 21,196 km – staggering! I would just love to walk it.

The Great Wall of China. Photo by Marianna Natale.

Moving from Asia to South America, next on my ‘must see’ list is Machu Picchu in Peru. I remember watching a cartoon when I was a kid called The Mysterious Cities of Gold and I became fascinated with South America and the Inca Empire. When we do visit, then I HAVE to go on the Belmond (former Orient Express) Hiram Bingham train.

I’ve been to India before but only to Chennai. On my ‘must see’ list is the Taj Mahal in Agra and also the palaces and forts in Rajasthan. My dad has this great black and white photo of him and his friends when they were in their 20s standing in front of the Taj Mahal and it’s always been proudly displayed in our home. My sister has also travelled India extensively so it must be in our blood!

The phenomenon that is the Northern Lights is also on my ‘must see’ list, however, the thought of the cold does put me off a bit! Would definitely need to stay in a glass igloo at the Kakslauttanen Arctic Resort. Of course you’re never guaranteed to see them so I hope luck will be on our side when we do visit.

The Northern Lights in Tromsø. Photo by Ronel Reyes. 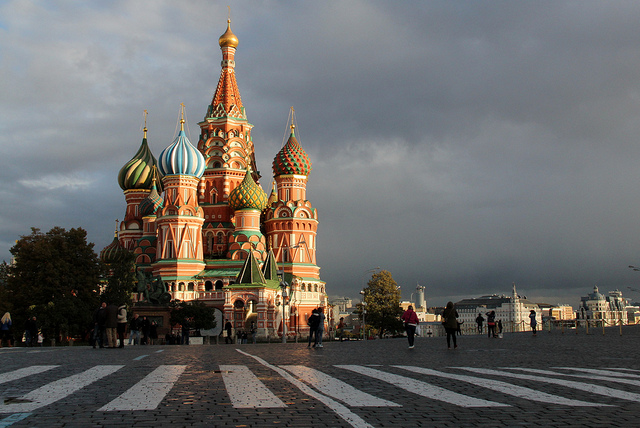 Where would you love to go if money were no object?

« How to spend a long weekend in Barcelona

Hi, I'm Kirsty. I grew up in South Africa but now live in London with my husband. I love nothing better than exploring new places - whether in London or around the world. I'm happiest when lying on a beach, reading a good book.

London in lock down –…

It’s #wonderfulwednesday! This week I’ve been

Well, we’ve got beautiful weather for the next t

Anyone else totally confused about this new phase

It’s #wonderfulwednesday! Here are some things

Took a walk up to Notting Hill on Saturday and it

How beautiful is this church? Discovered it recent

Happy Friday everyone! As much as some of the pla

Happy Monday! Yes, I’m one of those weirdos who

Happy Friday people! We’ve made it through anot

Why yes, that is a telephone box in a garden. What

It’s #wonderfulwednesday! ⁣ This was taken the

Oh man I miss going out for a coffee. ⁣ I miss m

I’d forgotten the joys of #knitting. I must have

Sharing a pic of the delicious pasta we had on Sat

Had the most fabulous day today! First of all, fou

Still thinking about our relaxing weekend at @barn

Happy #wonderfulwednesday! So many things to be ha

Take me back to our gorgeous room at @barnsley_hou