Pierogies, Christmas music, and time with family: that’s what the holidays look like for me each year. I was born and raised in a Dutch/Polish household, and always celebrate Christmas according to Polish customs.

As far back as I can remember, we’ve made our own sauerkraut and dried mushroom pierogies. Mom, grandma (Babcia) and I used to make them together – spending quite some time in the kitchen perfecting their filling and the dough (which resulted in late-night laughs this particular year, as the dough wasn’t as sticky as we wanted it to be). But, nothing quite beats the way my Babcia used to prepare them; they were simply irresistibly good!

Pierogies play an important role in Polish tradition and cuisine to this very day – and there are different sweet and savory flavors you can try. Many fellow travelers will often tell me they’ve tried pierogies with mashed potato, onion and cheese filling, or with meat, or even with fruit. But, on Christmas Eve or Wigilia in Poland, we only make sauerkraut and dried mushroom pierogi, according to Christmas tradition. In addition to pierogies, smaller versions known as uszka (smaller size pierogi with dried wild mushrooms) are added in the red beet soup, barszcz czerwony.

Wigilia is a traditional Christmas Eve celebration, which often culminates in Midnight Mass (Pasterka) full of churchgoers singing Christmas Carols in Catholic churches across Poland. While setting the table, it’s also custom to leave an extra place for an “unexpected guest,” as this is seen as a sign of hospitality and family spirit. This seat is left empty in case someone in need unexpectedly drops by and this person is consequently welcomed to join the family celebrations.

Setting an extra place for an unexpected guest.

Prior to eating, family members break opłatek, a special wafer, and wish each other a great upcoming year with personalized wishes (whether it’s good health, successes, love, or more). Sometimes, even animals (family pets) are given a piece of this wafer. After everyone has enjoyed opłatek, the meal can begin. Typically, the meal in our house starts with barszcz czerwony (red beet soup) with pierogi. After the soup, we move on to potatoes with kapusta (a mixture of dried mushrooms and cabbage), and also on the table are a dried fruit compote, water and wine. We always enjoy carp fillet for the supper. For dessert, we’ll have makowiec (poppy seed cake) and other treats! And, after everything is settled a bit from dinner, we begin to open gifts. While most people I know wait until Christmas Day to unwrap presents, it’s part of the tradition to begin opening them on Christmas Eve. In The Netherlands, we often celebrated another holiday known as Sinterklaas with similar traditions (where children open gifts on December 5th and are given treats!), but the celebration is slightly different.

On Christmas Day, we love to start with a big breakfast with everything ranging from cold cuts to eggs to cheese, salmon, kiełbasa and more! All in all, Christmas is a wonderful time with our family and to feast on delicious food!

After celebrating Christmas with my family, it was time to go back to New York City to work and celebrate the end of 2015. When we first moved to the United States in 2000 with my family, we were surprised by what we found at the stroke of midnight on New Year’s Eve. We lived in a small town in New Jersey, and left our house with champagne and glasses in hand, assuming we’d greet our neighbors. After all, it’s custom in The Netherlands to wish your neighbors a great New Year and watch fireworks together slightly after midnight. Funnily enough, we were in for a shock: most of the lights in the neighborhood were off, there were no fireworks to be seen, and there we were, all dressed up and with champagne in hand to toast…

That was in 2000, and now I’m in New York City in 2015: the place to be for New Year’s Eve in the USA! Every year, tourists wait in Times Square to watch the ball drop and count down until the New Year. They watch with loved ones and friends, and party until the early hours in the city. And while it’s always fun to me to watch the countdown on TV, I’ve never particularly been pulled to watch from Times Square. Maybe I’ve lived in New York City long enough to call myself more of a New Yorker, and trust me, none of us celebrate in Times Square. This year was no exception! I celebrated the transition from 2015 to 2016 in Queens at a house party where we watched the countdown on TV and toasted with champagne, and enjoyed each other’s company in the calm of home. What I loved most about it was its simplicity: friends, great food, fun conversations and low-key atmosphere in the always-lively city that never sleeps, New York City.

How did you celebrate the holidays? Let us know in the comments.

Nicolette Orlemans grew up in a multicultural, bilingual home in The Netherlands to a Polish mother and a Dutch father. She is currently based in New York City, where she works as a communications strategist. When she’s not working, Nicolette loves to travel, and has visited much of Europe, seen many of the U.S. states, and traveled to Egypt. In November 2014, Nicolette founded #CultureTrav, a Twitter chat that focuses on how travelers personally experience travel – adapting to cultural differences, bridging any language gaps, creating new homes as expats, and much more. You can view her community blog at culturewithtravel.com.

« New Year’s traditions in the Netherlands 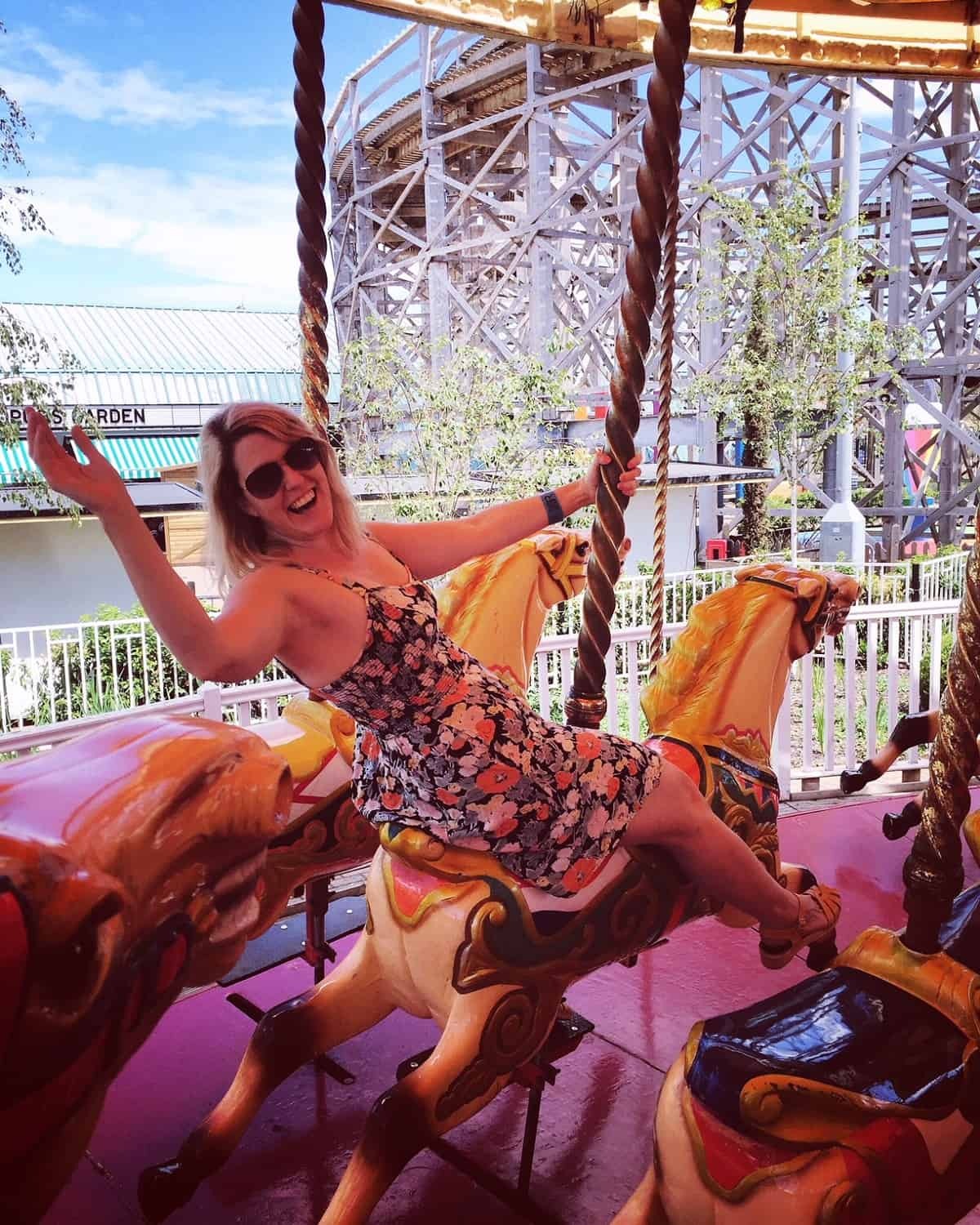 Tips to reduce your screen…

Here’s me pretending to be a lion because I’m

It’s a #bankholidaymonday but I’m working 😭

Here’s to #wonderfulwednesday and all the wonder

How cute do these tables look at @harrysbarmayfair

It’s #wonderfulwednesday! That time of the week,

It was so lovely to see King’s Cross today again

Happy #wonderfulwednesday! This is a particularl

Happy Easter everyone! Hope you’ve had a lovely

Definitely going to be spending my Easter weekend

Oh HELLO churros! Weren’t you a welcome treat on

It’s #wonderfulwednesday! I ❤️ this time of

I ADORE reading. I will admit that I’ve had to m

It’s #asundaycarpic! What a beauty 😍 How has

Didn’t we have such glorious weather on Friday a